As previously announced here, PowerColor just announced the launch of a graphics card based upon the AMD-ATI X1950 pro chipset in a totally silent version (PowerColor X1950 SCS3) that should immediately be awarded the title of the most powerful slinet grpahics card in the world. This is no small thing seeing the difficulty to cool down those silicon monsters that have become the high-end graphics chipsets. 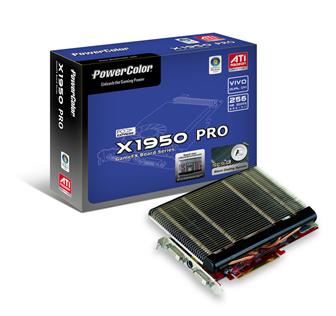