The scientists at the Imperial College of London learned that the separation of France and UK (today known as the Channel) is the result of a gigantic 200,000-year-old flood. A large ridge present roughly along the Calais-Dover line (Weald-Artois anticline on the picture below) was then holding a glacial mega-lake. 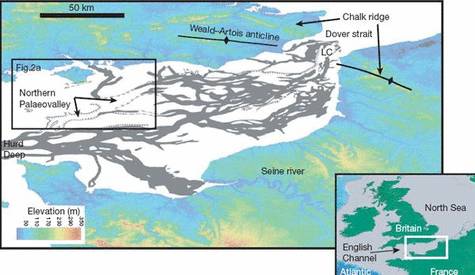 When it broke down, the ridge let go a major flood that dug a large part of today’s Channel. It must have been quite an impressive sight!