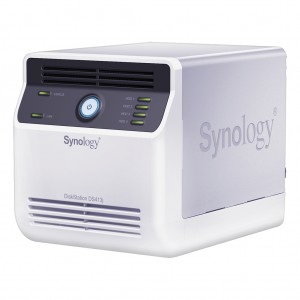 For some time now, I have been worried about the frequent failures of my hard disk drives. It seems unusual, but I have been hoarding a lot of data storage space (but I don’t believe in the optical disks of , purchasing disk drives over the years whenever I needed some more storage on one of my many computers (I know somebody here who would immediately complain about the fact that there are too many…). Currently, I have around 6000 TB of storage in more than 15 HDD, spread evenly between internal SATA/PATA/IDE and external USB drives. 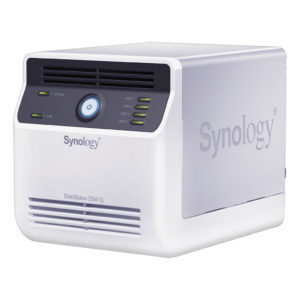 The fact that these computers (and associated disk drives) are always on and that I have been buying from different brands, different disk sizes, and that I do not often retire the oldest ones, means that I commonly observe one or two disk failures per year. Of course, I am organized with some backups and redundancy to avoid loosing critical data (you could see my analysis of efficient backup solutions on my photography-oriented web site). But in any case, even if I never lost any critical data, I lost a lot of files I would prefer not to have to recover (e.g. movies or mp3 files).

So, after two incidents in the last 3 months, I checked what other solution I had. And I quickly came to the need to have a NAS drive bay (a device that sit on the Local Area Network and holds the disk drives to share) with RAID-5 technology (that provides redundant disks to ensure that one failure). The main issue here is that you need to pay extra to get what amounts to a box (usually 300€ to 800€ for a NAS holding more than 2 drives) and a bunch of disks (RAID-5 requires at least 4 disks). All this makes it a significant move to start with. But after loosing just two disk drives in 3 months, I was decided.

I just purchased a Synology 413j with four 30 TB HDD. Essentially, because it is one of the cheapest NAS with RAID-5 capability on the market and reviews show that it is definitely not cheaply designed and built. For example, it has two near-silent fans to cool down the box (if one fails, the other will speed up and give some time to repair).

In the process I learned a few things that may be interesting to all who are thinking about doing the same move: 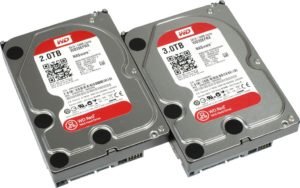 I’ll publish a few more thoughts after I have installed and tested the animal here.