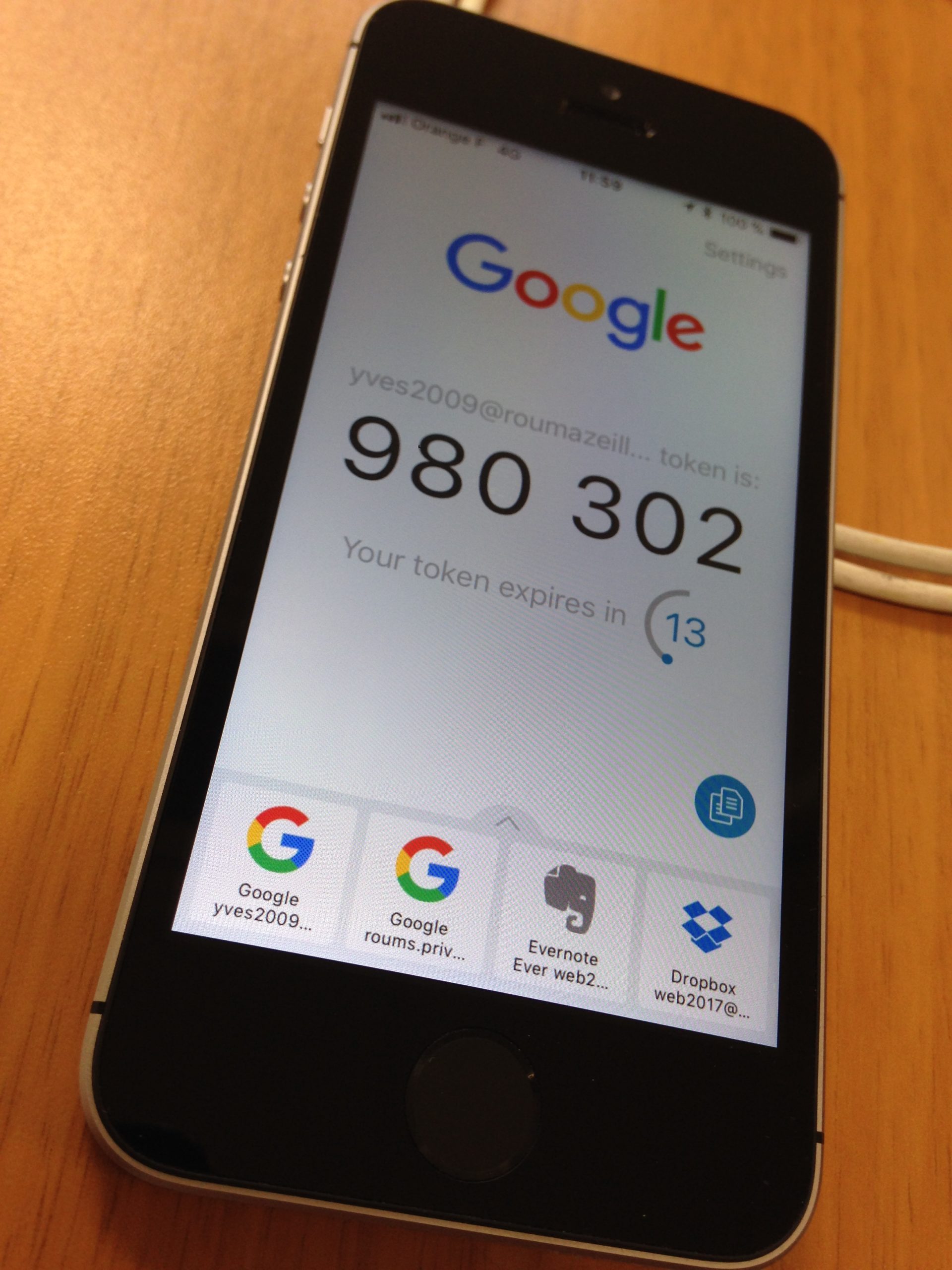 In the past, I have been known to push for the use of two-factor authentication for as many web sites as possible. Through the use of an app running on my smartphone, I can provide a code that is much safer than the SMS text message sent by some web sites and that can be used anywhere (even when there is no GSM network).

For years, I used Google authenticator applet on iOS. I knew that it would be a pain if my phone stopped working (or if I replaced it). The only reason I was OK with this, was that I had setup Google authenticator on two phones (I happen to have one for business and one for personal use – don’t ask why…)

Actually, replacing one of these smartphones pushed me into testing Authy as a replacement for Google. And I should have done this earlier. There is no way I will switch back to Google after this.

In thirty/forty minutes, I recreated all the factors for my accounts (e.g. Google, Outlook, Evernote, Dropbox, or even Ubisoft). And this was needed because I could not transfer this knowledge from the old phone to the new (even though I had both phone working in front of me). But in three/four minutes I could extend it to my other phone. So, any time I need to replace a phone, I can extend/transfer in a matter of minutes, independently of the number of web sites are included in Authy.

I feel much safer. What would have been happening if I had lost/broken my phone with the codes from Google Authenticator? (graceful degradation, no risk of losing access to many web sites at a time in case of a single failure).

I feel much more positive about extending my use of 2FA/two-factor-authentication to  much more web sites because of the added ease of use (longer-term commitment).

Go and install it!