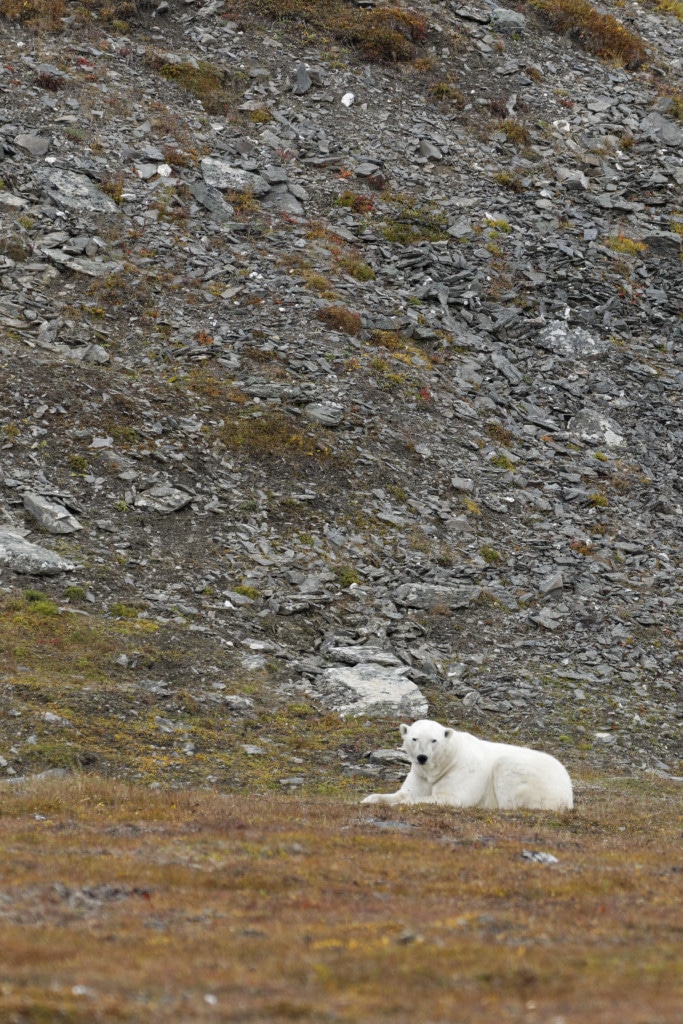 When you want to see polar bears in the wild, there is a name that keeps popping up: Wrangel Island. It is quite famous for having the highest density of bear dens where female congregate to give birth to polar cubs in December.

It is definitely difficult to reach (less than 6 expeditions are reaching the island in a given year, sometimes less than 5). There appears to be a very limited set of options (if you are not in direct contcat with the Russian government) to reach an island which is not only North of the Arctic Circle, but is isolated north of the Tchukotka province in the far East of Russia. But you know how it is: We needed to try it. So, we went on the Professor Khromov vessel used by Heritage Expeditions, in August 2018.

Did we see bears? Oh, yes! More than a hundred, probably. Was it good for photography? The answer is definitely murkier. Most of these bears were properly terrified by anything remotely human (a walking human being, a zodiac, even a ship). This has limited strongly the possibilities for photos. And we had to fully appreciate the few good photogenic encounters that we had.

Here are a few of the polar bear photos I brought from Wrangel and surroundings:

A few lessons out of this: