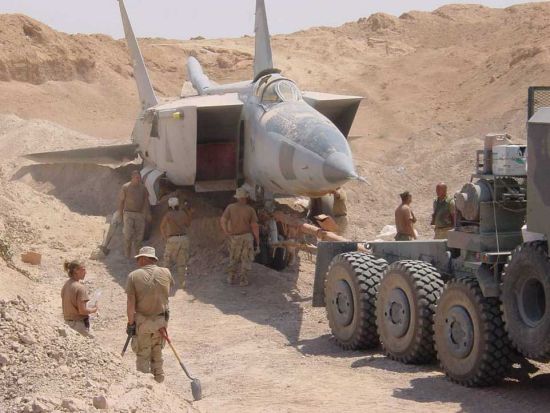 In August 2003, American armed forces found in Iraqi more than 30 military planes buried in the sand of the desert (no doubt to protect them aginst the attacks of the American forces during the second Gulf War). The Aerospaceweb.org web site presents us photos of the extraction.

This is sufficiently weird and funny that I wanted you to have a look at the image of the work. Apparently, the American spies were quite happy with it since the buried planes were from a very recent technology (and Russians would not really appreciate it).