Chernobyl, the nuclear accident that frightened the world on April 26, 1986. Chernobyl, the heart of a forbidden zone under guard by armed forces from Ukraine and Belarus, of an abandonned zone nearly void of human life.

A photographer went there in 2006. He brought back a journalistic tale and triking images: “My trip to Chernobyl“. 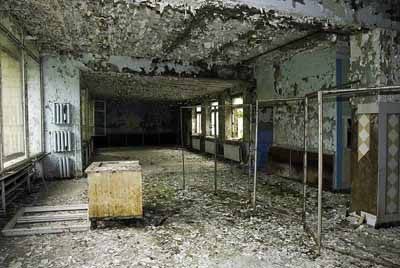 Video games junkies will notice that the photographs are troublingly similar to the images, the ambiance and the details of S.T.A.L.K.E.R. – Shadow of Chernobyl that I have been evoking several times here at the time of its public launch. [Video games on R.net]