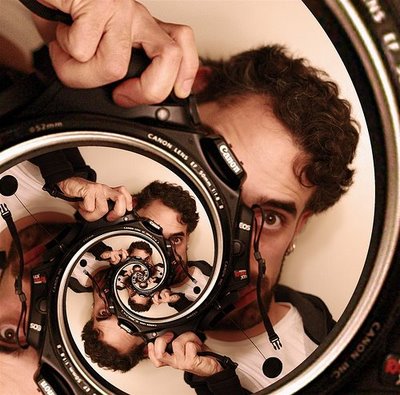 In the year 1956, “the Dutch graphic artist M.C. Escher made an unusual lithograph with the title ‘Print Gallery’. It shows a young man viewing a print in an exhibition gallery. Amongst the buildings depicted on the print, he sees paradoxically the very same gallery that he is standing in.”

The term was coined by the poet and columnist Nico Scheepmaker at the end of the 1970s. It is named after Droste, a Dutch brand of cocoa, whose box has a picture of a nurse carrying a serving tray with a cup of hot chocolate and a box of the same brand of cocoa.

You will find the following image and much more at AlgebraOfLife.

← Backup while you save
Colors in Shanghai →