Nikon D90, the specs are here

Up to now, I rather refrained myself when time was coming to publish some news about the future Nikon D90 camera supposed to replace the current Nikon D80 in the lower range of Nikon cameras (along with the Nikon D40/D40x). But it becomes clear that available news start to converge (probably mostly because of Thom Hogan). It becomes more and more difficult to doubt some leaks and the features will probably be something like the following (And be attentive: There are a few surprises in the list):

Of course, such features should be confirmed by Nikon, but nothing can be epxected from them until the upcoming official launch (everybody is expecting it either at the September Photokina or just before it – in a few weeks only).

Last but not least, there is a surprisingly good macro shot of the Nikon D90 camera which is currently floating around the web. I admit it feels real. 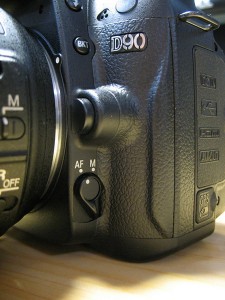