Confirmation: The Canon EOS 5D MkII will be at Photokina 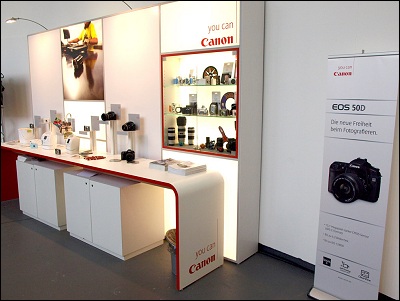 Everybody expects it to happen, but here is a noticia (in Spanish) where the writer informs us that the Canon people at the IFA2008 exhibition confirmed that the Canon EOS 5D will be renewed with the arrival of a new D-SLR camera with a Full Frame sensor within the scope of the next Koln Photokina fair.

In parallel, it has been observed that a Flicker user published an image that appeared to be marked as coming from a Canon EOS 6D (in the EXIF part of the file). But the author quickly confirmed that this was only a quick an dirty modification of the JPG file while testing some unrelated part of the Flicker operation.

So, we are still left without precise information about which name will be held by this new camera from Canon. But the latest descriptive rumour says that the EOS 6D or Canon EOS 7D (or whatever) will have the following features:

Anyway, this 2008 edition of the Photokina will be very interesting. You’ll see plenty of people running in the alleys from the first day to have a look at all the new cameras and photo products to be presented there.