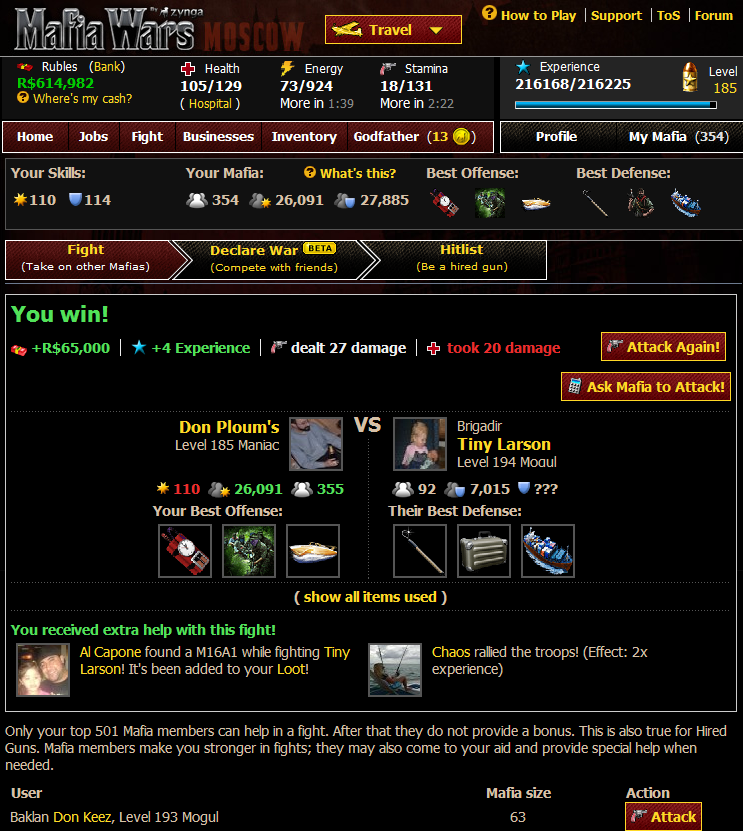 by Yves Roumazeilles on December 7, 2009

In Mafia Wars, fight is a critical par of the game, but it is too often neglected by players. Personally, I love to use it for several good reasons:

So, be an active mafioso and fight! A hundred fights a day is a good rhythm (but you could go faster if you really want it).

The fight below is a good example of several tactical tricks I use and appreciate in Mafia Wars fights:

All in all, a pretty nice and productive fight.

Then, as soon as I’m out of breath (Health fallen under 20 points), I rush to New York to stop by the hospital and bring me back into shape. New York has the strong advantage of allowing you to earn a lot of money (you only let the Properties produce their revenues) that cannot be invested in nothing else than good medicine. So, these fights become a good mean to convert real-estate income in New York into another currency and plenty of other objects (loot).