Murres thinking they are penguins

by Yves Roumazeilles on September 8, 2016

Since penguins live only in the Southern Hemisphere and can’t fly, we could not encounter any during our 2016 trip to the Arctic Archipelago of Canada. However, we observed some birds who seemed to have the same behaviour assembling in groups on icebergs or ice-floes, like so many penguins do in the South of our planet.

Yes, the Thick-billed murre sometimes has the same kind of looks. 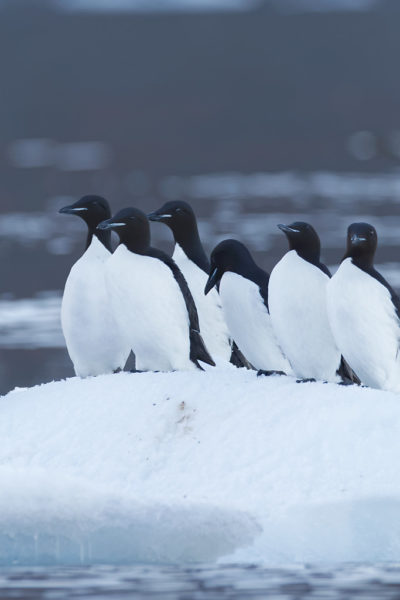 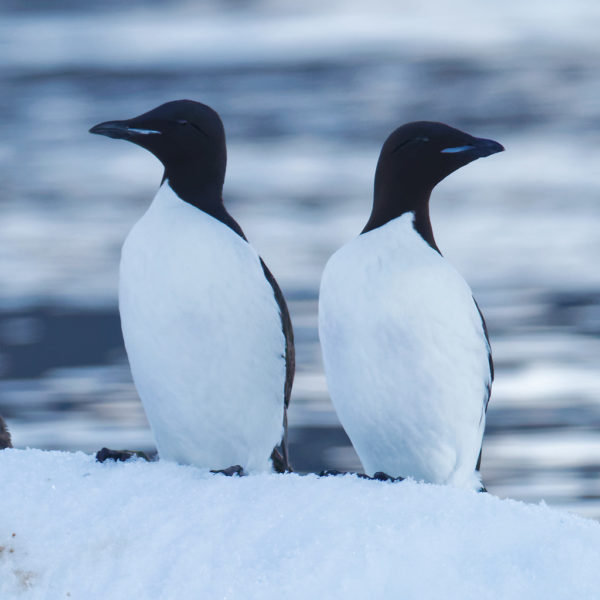