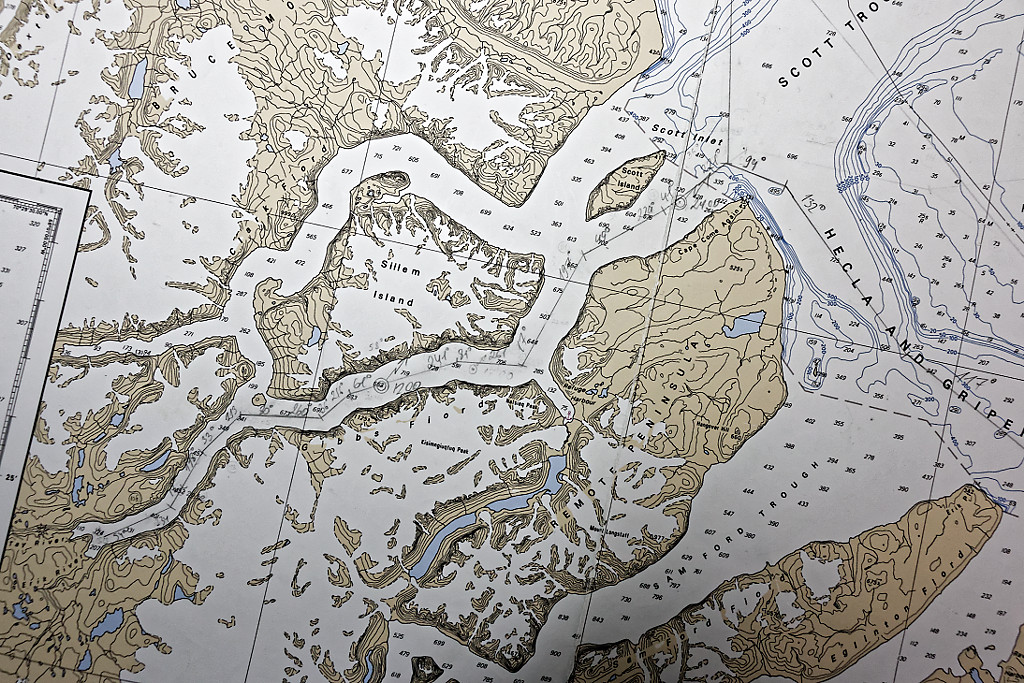 Gibbs Fjord in the fog

The entrance into Gibbs Fjord was a great nice surprise. The fog, instead of creeping down the bottom of the cliffs, stayed hanging to the summits, the glaciers suspended to the top top of the plateau surrounding the fjord. So, navigation was relatively easy while delighting us with a most unusual display. 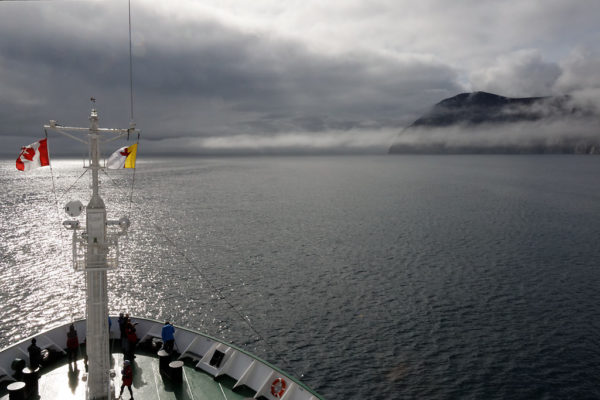 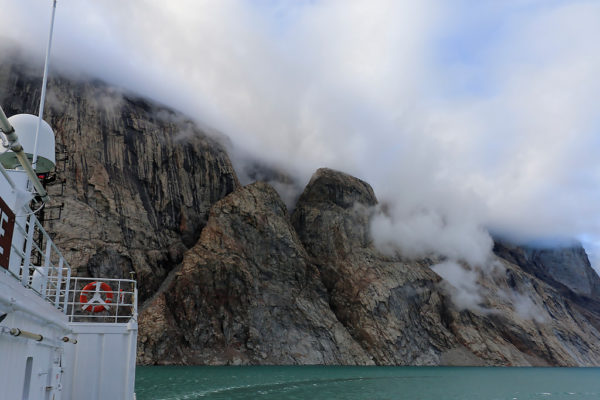 We found a few icebergs stuck deep into the fjord: 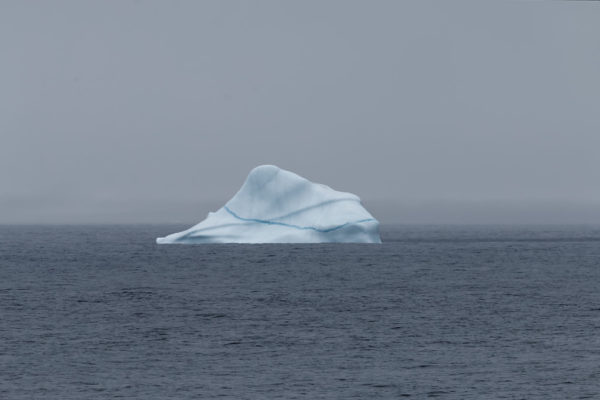 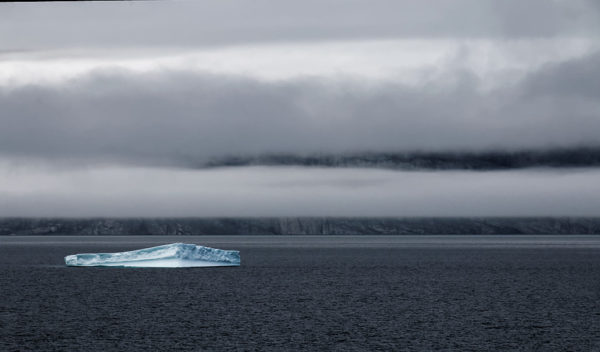 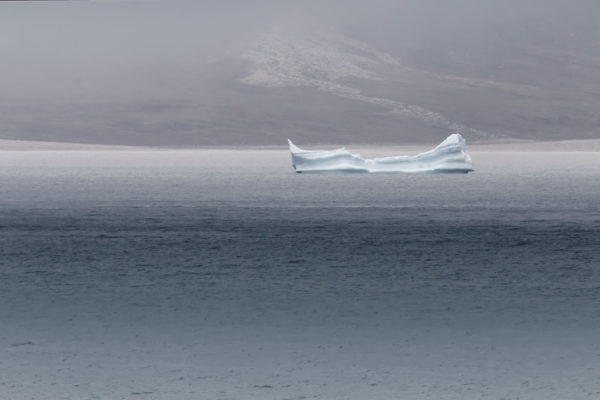 Maybe some of them coming from the icy tongues drooping into the green waters (or were they sea ice floes pushed into this shelter from the Davies Strait cold winds). 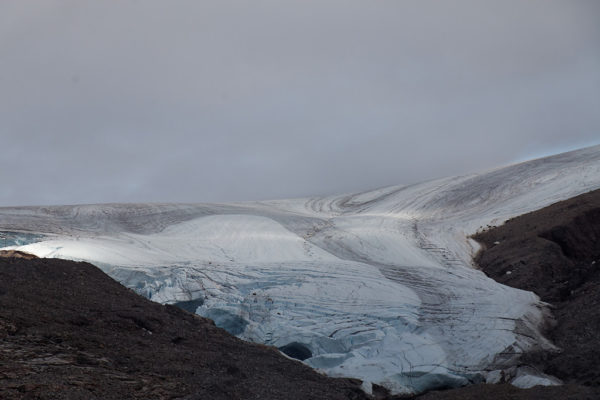 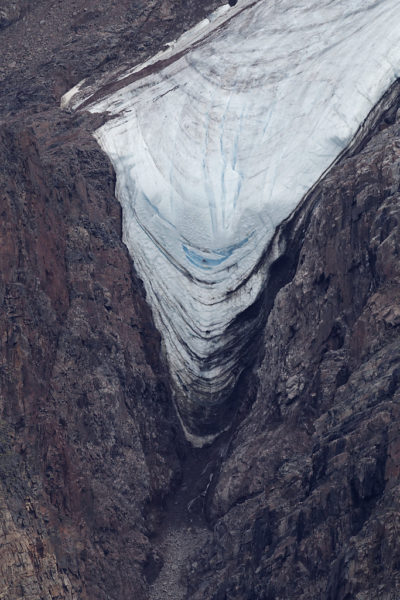 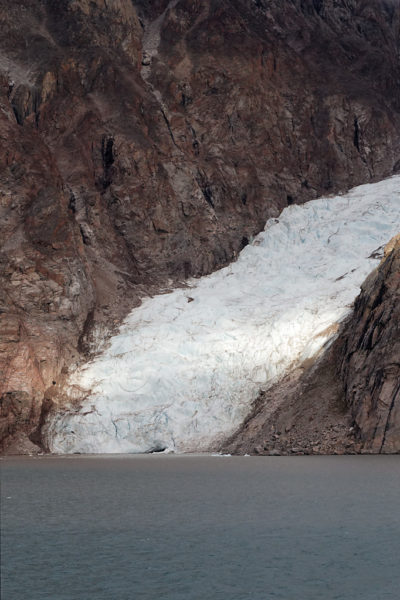 But, in this end of Summer, glaciers melt into some impressive cascades: 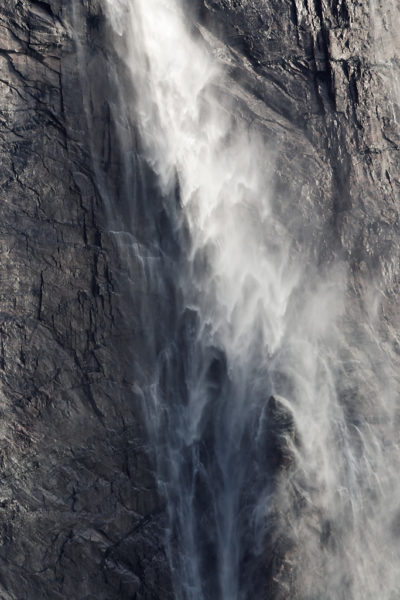 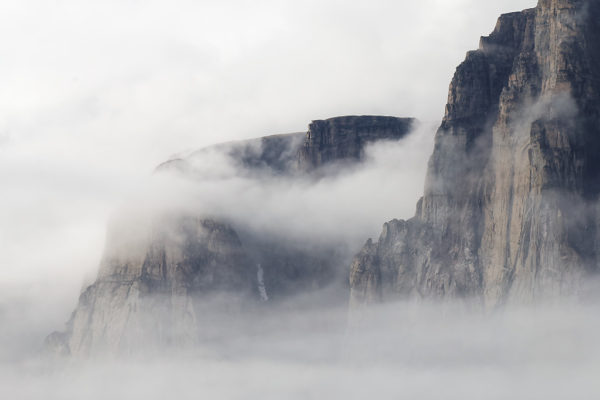 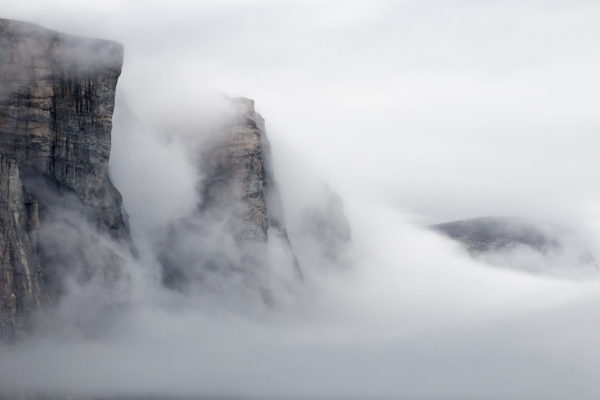 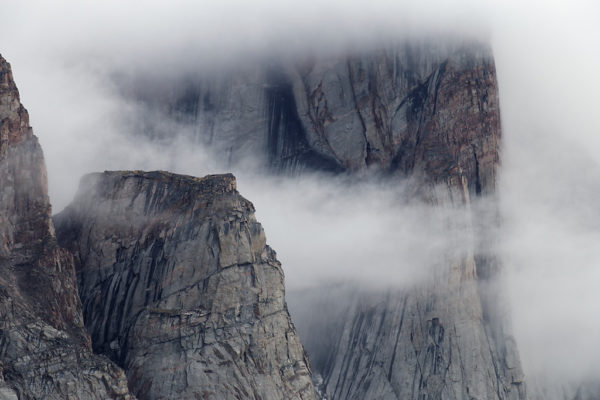 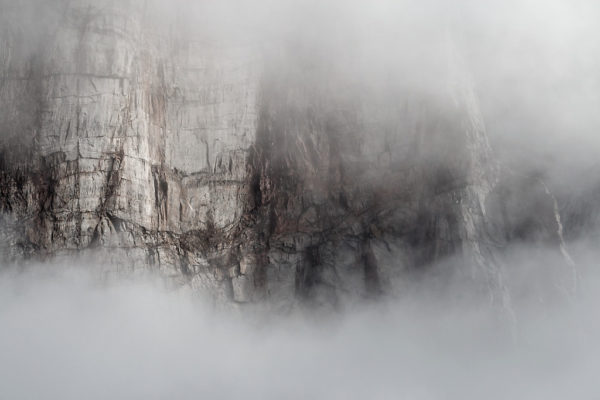 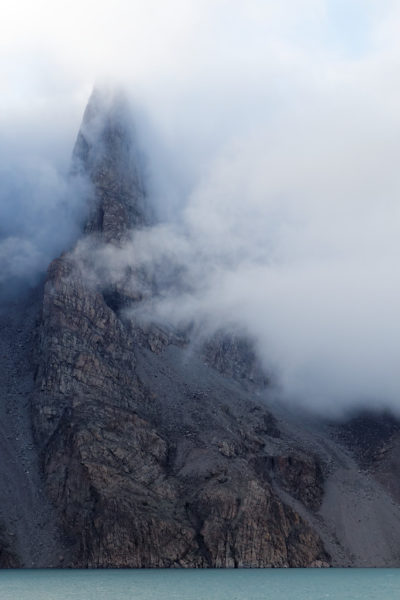 Before leaving into a colorful décor drawn by the sun through the clouds over the Strait of Davies. 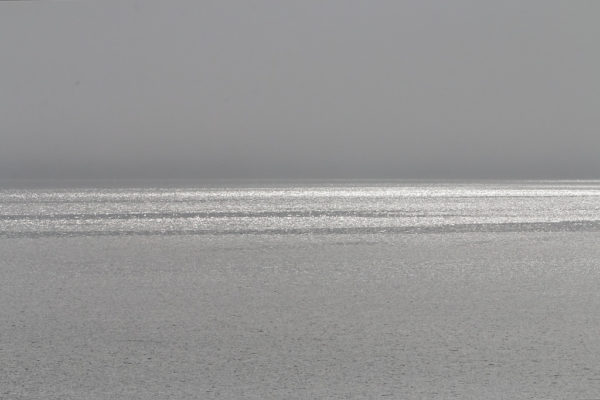