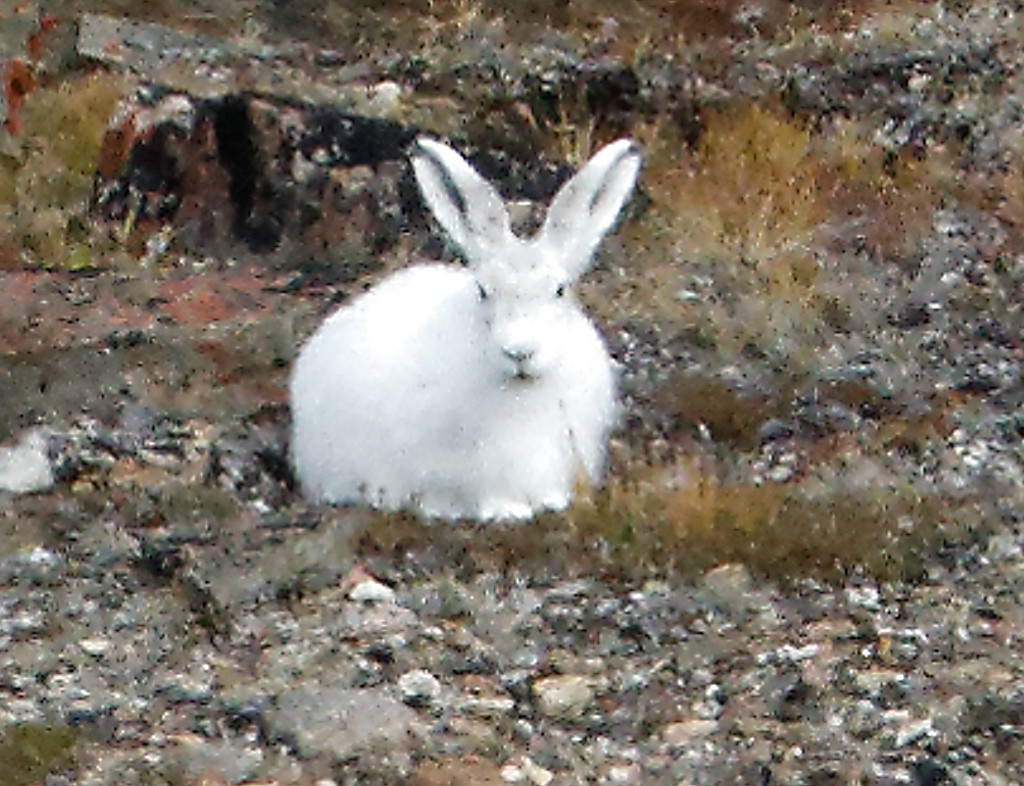 Arctic bunny too far for a photo

Sometimes, the animal you want to shoot is a bit too far for a good picture (even with a long tele-lens), but its camouflage totally failed to hide it, like this arctic hare whose pelt is still white while Winter snow is long gone: 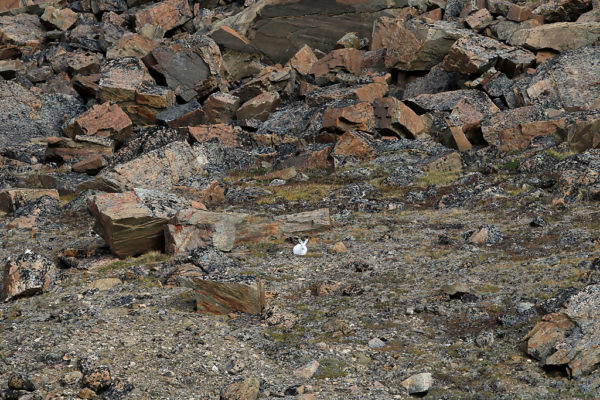 Big lens, good camera, not enough… picture blow out of proportion: Bunny gets pixelated like hell.