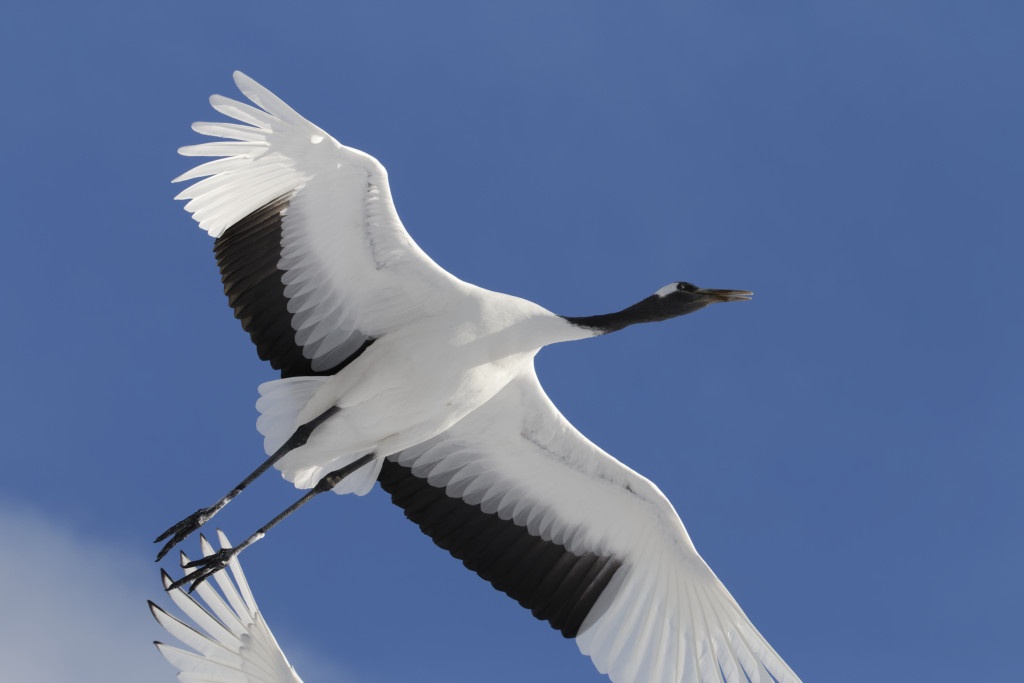 The crane is one of these symbols coming through the centuries to feed Japanese culture. It’s everywhere. Usually called tanchōzuru, it is said to live 1000 years. It will be found on coins, bills, company logos (e.g. Japan Airlines), but also on many ukiyo-e, traditional paper prints from woodblock engravings.

Inevitably, crane flocks are met with small crowds of photographers (Japan is photo paradise) or of mere fans, like at Ottawa Bridge where you will need to arrive early (understand “well before sunrise”) to reserve a location to spot cranes when they take off after a night spent in the middle of the river.

← Kitsune, or red fox
Battle of the neighboroods →