Posted in Photo, Photo safari, Use your D-SLR, Wildlife photo 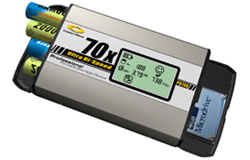 For me, the CompactDrive PD70X is still a marvellous machine when you want to copy your flash memory cards onto portable hard disc storage. It still owns the speed record and it behaves like a camel when it comes to electric energy.

Today, I learned a few interesting informations that I want to share with the other owners:

A good product reaching end-of-life. Many advices from people wishing to replace their fastest Portable Hard Drive Storage. I remarked (but I cannot give my own opinion here):

← 100 fonts with top character
Ban the bulb down under! →