When you want to play video on your PC you often end up being chased by error messages about missing codecs or similar tough configuration issues. Initially, we saw some people bundling as many Codecs as possible in freely downloadable packs that where then distributed to the Internet. However, most of them where essentially a bunch of codecs in a ZIP file and were terribly prone to machine crashes.

Now come some very nice video players that include all the needed codecs (and some more) in a nicely presented package. This is the right form, so I wanted to give you the names of the best contenders and my impression about them: 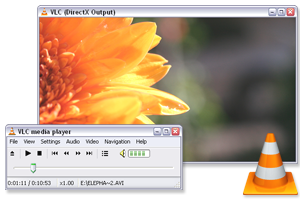 All of them are recommended, even if VLC is the player of choice at Roumazeilles.net.