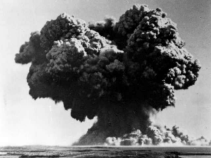 In September 2007, the Inspector General of the Justice Department reported that the Terrorist Screening Center (the FBI-administered organization that consolidates terrorist watch list information in the United States) had over 700,000 names in its database as of April 2007 – and that the list was growing by an average of over 20,000 records per month. [1]

Interestingly, this statement allows to believe that by June 2008 the list will have grown to 1 million terrorists in the US of A. I believe that Americans can be silly, but I doubt that one out of 230 is a dangerous moron attempting to end western civilization next time he or she will take a plane.

I suggest that you have a look at the astonishing list of “unlikely suspects” displayed in this article from ACLU. It includes US Senators and US Congressmen (and their spouses), war heroes, John Does with a common name, dead 9/11 hijackers, foreign presidents (dead as Saddam Hussein or alive like Evo Morales), pop star singers and toddlers.