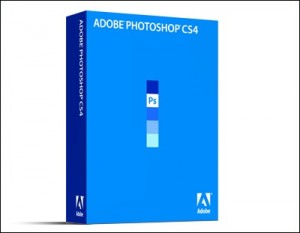 Newsrooms are full of weird coincidences. For example, we just learned that  two products often presented as direct competition were launched this Fall. To my right, here is Adobe with its boxing champion, Photoshop, loaded up to version CS4. To my left, Linux and its community of free developpers pushing the challenger on the ring, version 2.6 of The Gimp.

I am still convinced that this is not an even fight (and Photoshop is favored by bookmakers, for those still doubting it) but both announces are interesting and should be reviewed shortly.

Photoshop CS4 is a new step forward based on the award-winning user interface that made it a best seller and on top-level performance. To this market reference product, Adobe adds the following image-edition-oriented features: 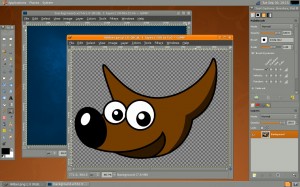 On the other side, The Gimp is now available as version 2.6. Here again, improvements are notable, even if a little smaller:

All this will probably start again comment wars supporting one or the other solution. But remember that The Gimp is simply free. On the contrary, Photoshop CS4 (even if getting the upgrade license and despite the many available options) will still be very expensive (Master Collection at $2,499).