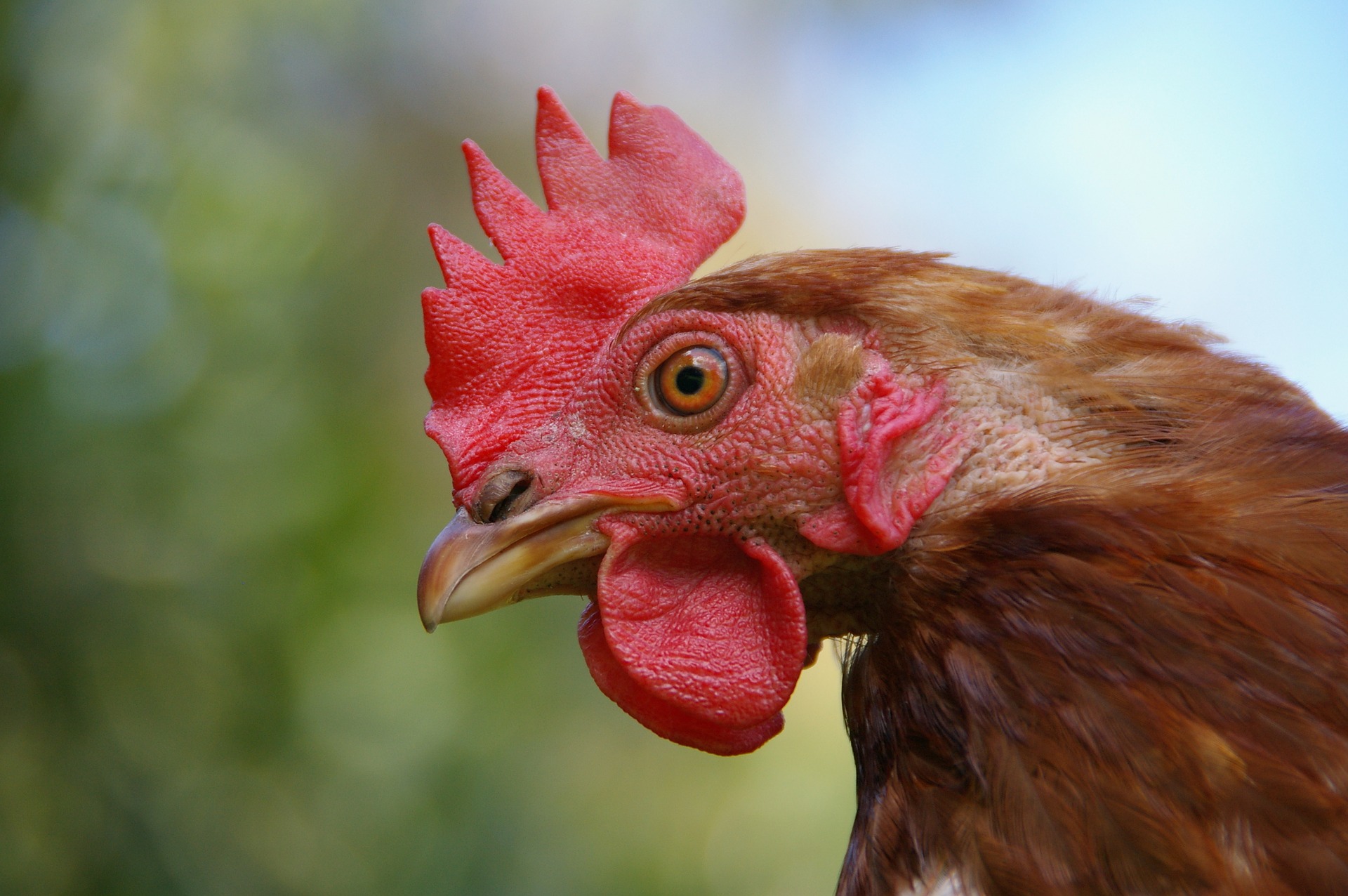 Why did the chicken cross the road? The story of a meme

During a public recording of “des papous dans la tête“, France Culture radio station  show, on the 6th of June 2004, Françoise Treussard rhetorically asked herself if the author of the classical question-story about the chicken who would have crossed the road was present in the studio. I took the issue in my own hands as if I could find the actual author. Alas! Did I know that I was embarking on a long journey through time (actually only a few days of research, but years of Internet history).

Not long after the initial December 2006 issue of this post (this is a slightly modified, corrected and updated revision), I published additional information in March 2007.

As a matter of fact, the first step was to start my dear Google (and Altavista) to try and find more easily the roots of the meme. The story is so commonly known here that looking in the Internet seemed the natural way. And I nearly immediately understood how much bigger it was than I thought. What I imagined a nice humoristic idea (but a recent one) quickly appeared as much older.

I started naturally (I’m French) digging into French versions. Up to July 2000, French language seem to simply ignore the mere existence of the
chicken (poule or poulet, in French). But it can be found on web sites like http://www.chez.com/freetimes/philo.htm or alprerkillersite.ifrance.com/surlespoules.htm updated in the second half of 2000. At this time, the chicken has seriously philosophical reasons to cross the road. The answer is given by Plato, Karl Marx, Douglas Hofstadter or Machiavel. The diversity from these two examples immediately shows that they are absolutely not primary sources but variations from a possibly common origin, but both deeply modified.

Consequently, I made the hypothesys (an easy one on the Internet) that the origin was to be looked for in the English language and that French occurrences were only late translations and extensions (several answers rely deeply on common French cultural background, though). Actually, you may find thousands of web pages web titled “Why did the chicken cross the road?” and updated in the second half of 2000.

So the search went on deeper in the past.

In the second half of 1996, hypertext versions (in HTML) are uncommon, but text-only versions appear quite often. But in 1992, there is no longer any reference to our brave chicken. In December 1993, according to Altavista we see the first apparition on the personal web site of Lori and Michael Blake: www.frogtown.com/~mblake/text-files/humor/Music.Humor.

Note: At the same time, I could find a blonde joke (Yes! as early as that) with interesting common traits even though it is set deep in the middle of other jokes:

Now, seeing so many of these text-only cases (no web page formatting), I hypothesized that the rarefaction could come from the youth of this media (web is often considered as born in 1989) and from the scarcity of web archives dating back to this time. But, there is a place where we can go much further back in time: Usenet newsgroups. Google has the great advantage of being a good archive easily searchable using the public search engine. I thus jumped into this next phase.

Again, the History counter jumped back several years with 19 references found between 1981 and 1989 in various newsgroups including the most probable rec.humor (fully dedicated to jokes and humor from its inception). And from all these references we can draw interesting remarks.

We can imagine an elephant joke gone loose with a humorist following on the new trail of a chicken but adding the series of interesting answers. But the theme of crossing the road is already well alive in 1992. It leads to neat variants since we identify an elephant and a blond. In both cases, the reason for crossing is unclear to the audience. For the elephant, the answer is the traditional incoherent humor; For Moebius, there is the addition of a star figure of geeks and other hackers.

The jump to more literary answers is not an obvious one and seem to point to an individual who sort of created a bridge between two universes (even if true hackers always insisted on drawing from a much larger cultural base than what folklore would lead us to think). 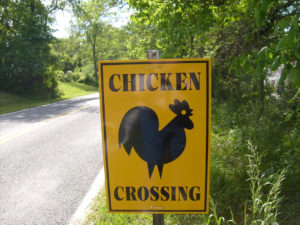 This jump is all the more remarkable knowing that in 1994, there is no real “why did the chicken cross the road?” list and only elephants are joke subjects on Usenet (at least in a context similar to what we are looking for). It’s only in 1995 that we really see chickens crossing roads or streets, and always around fans of the Star Trek series.

Do the philosophical explanations appears at the end of 1993? It’s difficult to be affirmative. But, taking into account the scarcity of available data, it is tempting to imagine a philosophy lover extending the already existing idea from a common anglo-saxon humor meme to a more sophisticated level.

Jumping forward into the past again

I finally could find an old indirect reference to a BASIC language computer game written in 1982 thus described:

There, we immediately see all the original elements of the joke except the list of explanations and the literary references. It seems to confirm the very old age of the original meme of a chicken crossing the road for a confusing reason.

The reference web site: WhyDidTheChickenCrossTheRoad.com (at least, this is the one with most answers to the question we explored).

When using the term hacker I simply refer to the old meaning of exceptional programmer rather than the more recent definition of a dangerous computer-loving teenager or shadowy Russian mafioso. See the Hacker’s dictionary.