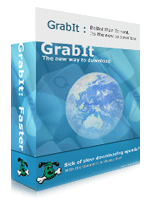 While everybody is speaking about downloads under surveillance of law enforcement forces and **AA groups defending the copyrights of music and cinema, I wondered where the download addicts were going now to get their load of big files.

I looked into the P2P networks heavily protected by a strong encryption and supposed to guarantee the anonymity of their uses (often named darknets). this claim seems to be well defended, but the available contents are limited and strongly influenced by the fight for liberties (and sometimes against the most paranoid conspirations) and very marginal behaviours (pedophily is really more present there than in the more common Internet you and me use everyday).

But I was also directed toward the Usenet newsgroups. It is clear that a large number of users are living a free life far from the preening eyes of most external observers. As a matter of fact, if you download from your ISP’s news server, the data flow is only visible by yor ISP and yourself. Nothing goes into the open Internet. Of course, some ISP decided to limit access to some of the newsgroups, but choice is still quite large and your tranquility is much more preserved than on a P2P network (and less than on a fully anonymous darknet).

What tools do you need to browse the newsgroups? A little more technical attention than on the simplest P2P networks, for sure. But the tools are relatively easy to find:

The most impressive part of my tests has been download performance. 13 Mbit/s, I did not see this for a long time. The more because it was sustained for days (it goes down a little because of minor trafic jams at my ISP in the evening).

But you have to notice that if you look for a specific data content, newsgroups are not helping you. The way they are organized is favoring a lot the exploitation of very young content. If newsgroup search engines exist (Grabit has one that is partially submitted to subscriptions), the Usenet system will only host young data or data recently published.