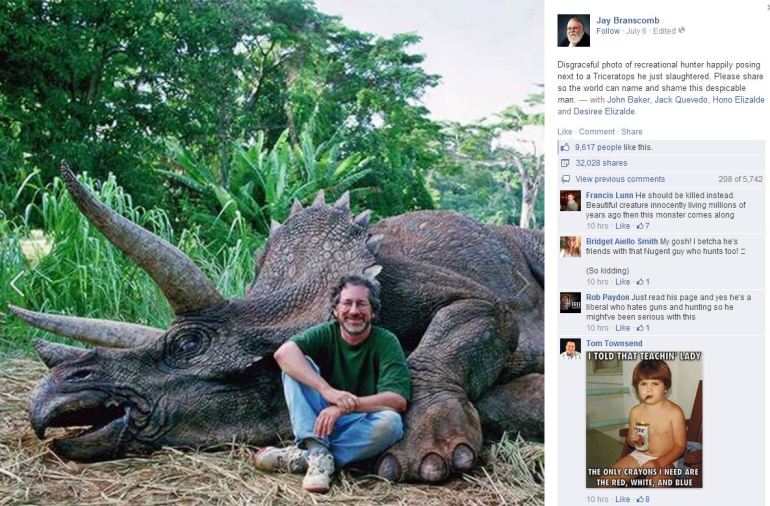 Humankind is beyond hope

A photographer assembles a Photoshop montage showing Steven Spielberg (world-famous movie producer of Jurassic Park and Jaws) in front of what looks very much like a dead Triceratops (a dinosaur which wasn’t seen on Earth face in the last 60 million years at least). Not the best of taste for sure but who would believe that this is the actual result of a hunting safari?

Consequence? A wave of insults against the poor Steven Spielberg (who did not ask for such hate) with messages like “Bastard! Heartless killer!”.

Should it be a photograph in front of a dead lion or a killed elephant; It would be slander and cause for trial.

But, thousands of people would not even recognize the sheer paleontological impossibility of this perfect fake news. And they start shouting!